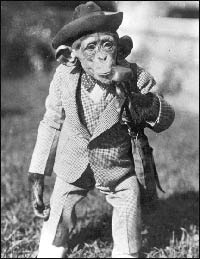 It is hard to imagine more of a mockery being made of America’s public education system than occurred in the 1925 case Tennessee vs. John Scopes. The “Scopes Monkey Trial,” as it came to be known, found substitute biology teacher John Scopes guilty of violating a state law banning the theory of evolution from being taught in public schools. The Butler law, which passed overwhelmingly in the Tennessee state legislature earlier that year, made it illegal to present "any theory that denies the story of the Divine Creation of man as taught in the Bible, and to teach instead that man has descended from a lower order of animals.”

The American Civil Liberties Union persuaded John Scopes to challenge the Butler law as a test case to determine its constitutionality. The guilty verdict was later thrown out by Tennessee’s Supreme Court on a technicality; hence the statute was never fully tested. It did, however, set a precedent as to the degree which government can intervene in the academic freedom of public education.

Fast forward to today. Five states: California, Florida, Illinois, New Jersey and New York have enacted laws requiring teaching of the Holocaust in public classrooms, while an additional ten states have issued executive regulations recommending Holocaust studies be included in their respective curricula. The Simon Wiesenthal Center—ironically, same organization poised to build a “Museum of Tolerance” on top of the historic Muslim Mamilla cemetery in Jerusalem—defines the Holocaust as "the destruction of some 6 million Jews by the Nazis and their followers in Europe between the years 1933-1945. Other individuals and groups were persecuted and suffered grievously during this period, but only the Jews were marked for complete and utter annihilation."

It is not necessary to parse words; the Holocaust refers to singular Jewish suffering, while giving a patronizing nod to other groups persecuted by the Nazis. Singular study of the Holocaust comes at the omission of any other World War II-era genocide or mass persecution: the Japanese occupation of China and other countries in the region, the releasing of the atomic demon upon millions of Japanese civilians, the internment of Japanese-Americans in concentration camps, or the millions who died at the hand of Soviet president Josef Stalin, then a US ally.

Stalin waged a campaign to erase Chechnya and Ingushetia from existence, deporting 1.4 million people from these regions in the western Soviet Union between 1941 and 1944. Most were accused of being Nazi collaborators, although evidence shows they were targeted due to a series of anti-collectivization rebellions against Soviet rule. On February 23, 1944 alone, approximately 387,000 Chechens and 91,000 Ingush were forced from their homes.

The BBC reported in 2004, that young Chechen men were taken from the front lines and sent to forced labor in Siberian gulags, their medals, decorations and papers confiscated. Civilians were rounded up and taken to Kazakhstan and other central Asian republics. According to Mohmad Musaev, head of the Chechen National Archive, Russian soldiers massacred many villagers rather than going to the expense of deporting them. Seven hundred people were burned alive and others were drowned in mountain lakes. A 2002 PBS series reported that an estimated 30 percent of Chechen deportees died en route to resettlement or within their first year of exile.
In 1957, Nikita Krushchev re-established Chechnya and Ingushetia as an autonomous republic, allowing survivors to return, only to find their homes taken over by neighboring Russians.

Most people are unaware of the Chechen genocide, while the Holocaust has two internationally recognized days: Yom Hashoah, falling in April or May in accordance with the Hebrew calendar and International Holocaust Remembrance Day, designated as January 27 by the United Nations General Assembly, the anniversary of the liberation of Auschwitz. The same U.N. resolution rejects denial of the Holocaust and condemns discrimination and violence based on religion or ethnicity.

If “discrimination and violence based on religion or ethnicity,” is to be condemned, then why such silence regarding the Chechen genocide, or al-Nakba, the catastrophe during which 750,000 Palestinians were driven out of their land to establish the modern Jewish State?

Aside from the fact that the victims in these cases were predominantly Muslim, the answer lies in the proximity of Holocaust Remembrance Day to Israeli “Independence Day.” Any mention of the Palestinians killed or displaced in 1948 runs contrary to the month-long media blitz of pro-Israeli propaganda using the shield of the Holocaust to silence those critical of Israel’s policies.

Holocaust studies are only serving to mask the ongoing 62-year ethnic cleansing and genocide of Palestinians by generating unconditional sympathy for Israel. According to the United States Holocaust Memorial Museum, “Every member nation of the U.N. has an obligation to honor the memory of Holocaust victims and develop educational programs as part of an international resolve to help prevent future acts of genocide.” If that is the goal, Holocaust curricula are failing miserably.

Instead of condemning oppression, Israel apologists routinely use the Holocaust to defend the cruel treatment of Palestine’s original inhabitants. Paula E. Hyman, a professor of modern Jewish history at Yale Uni¬versity, has accurately observed:

“…it (the Holocaust) reinforces the sense of Jews as an eternally beleaguered people who can rely for their defense only upon themselves. The invocation of the suffering endured by the Jews under the Nazis often takes the place of rational argument, and is expected to convince doubters of the legitimacy of current Israeli government policy.”

While it may not be illegal yet, questioning the agenda behind Holocaust education in the United States earns the dreaded label “Holocaust Revisionist,” akin to the even more feared “Holocaust Denier,” first cousin to the infamous “Anti-Semite.” The climate in which the Holocaust is being shoved down the throats of our nation’s school children is comparable with 1925 Tennessee and introducing ideas contrary to the approved curriculum of Holocaust studies is the 21st Century’s Scopes Monkey. The sole purpose of this teaching is for our youth to accept Israel’s legitimacy without question, a non sequitur based on sympathy for Jewish suffering during the Holocaust. Zionist indoctrination is never logical, but thanks to our complacency, it is effective.
Posted by Tammy Watts at 1:09 PM 1 comment: Links to this post 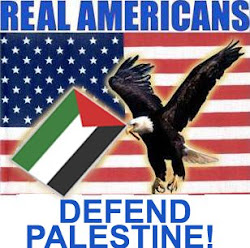